The ‘Jaga Jaga’ crooner took to his Instagram page on Tuesday, May 4, 2021 to share a screenshot of a fan’s comment calling out Timaya for disrespecting Eedris and being an ingrate.

He then captioned it:

“An ingrate is an ingrate just ignore him.. 😁😁”

Information Nigeria recalls that both veteran artists were at loggerheads following the comments made by Eedris in his 2017 interview with Goldmyne TV where he blasted Timaya, D’Banj, 2Face Idibia, and Davido for not going back to their roots.

Timaya hit back at Eedris in the same year, blasting him and referring to him as “dirty Igbo smoker”. 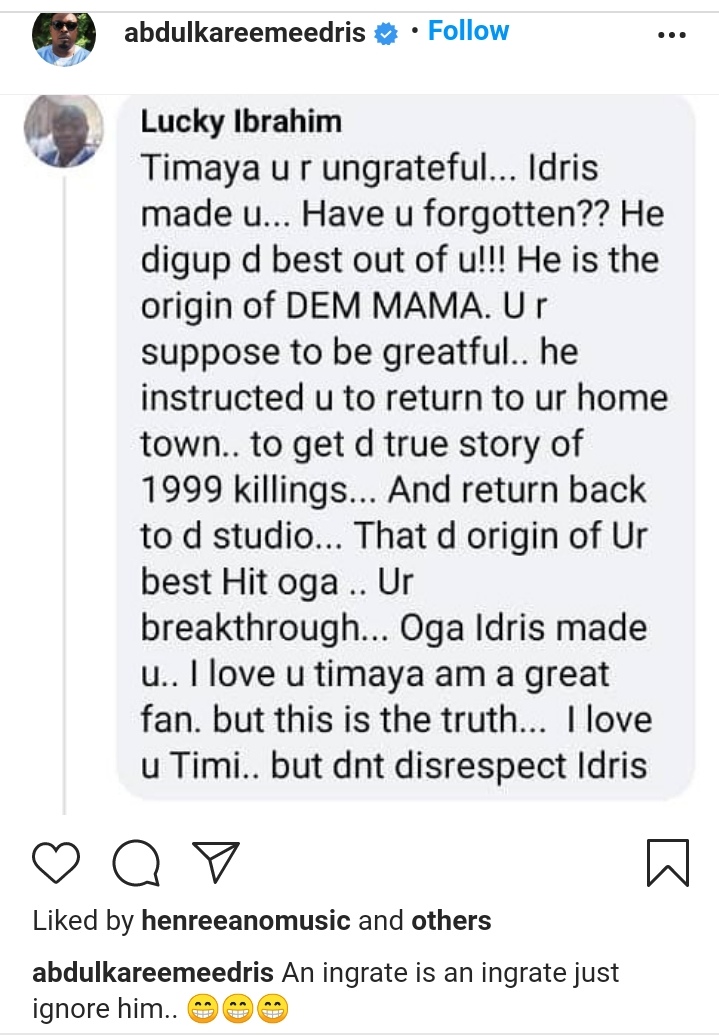