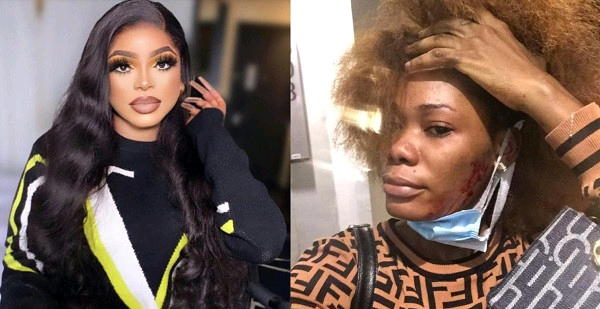 Bobrisky’s former PA, Kyme Oye, has revealed that she used to shave the crossdresser’s chest and wear him his diapers when she was working with him.

This revelation comes in the most recent video released by Kyme on Sunday, May 9, 2021 where she said that she sustained injuries inside her ear and that was where the blood was coming from. She added that Bobrisky immediately sent someone to get her drugs after noticing she was bleeding.

Read Also: “I’ve Been On My Period Lately”, Bobrisky Reveals Why He’s Not Fasting

Information Nigeria recalls that Kyme had earlier called out the controversial crossdresser in a video shared on her Instagram page, alleging that he assaulted her and hit her ear with speakers where the said blood started gushing out from.

Kyme was flown into Nigeria from Cote d’Ivoire by Bobrisky to work as his PA after the former tattooed his face on her thigh.