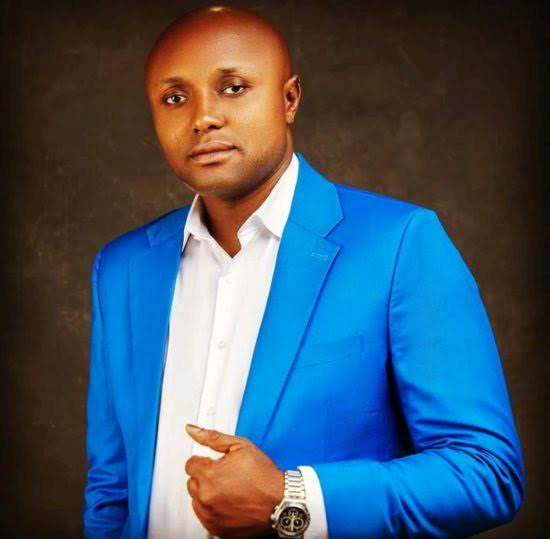 DMW Logistics Manager, Israel Afeare has reacted to the allegations leveled against him as regards cheating a taxi driver of his due payment.

The said driver identified as Jason Daniel took the complaints to a Facebook Group known as Uber and Taxify in Nigeria (e-drivers).

According to Daniel, he was contacted at 11 pm on May 15, 2021 by Israel to head to the airport to pick up his friend. When he got there, the plane had not landed and he had to pay for parking space at the airport.

He waited for an hour and the friend eventually showed up. He chaffeured him to his destination and then to Davido’s house in Banana Island throughout the night until the next morning.

Daniel alleged that after rendering his services, neither Israel nor his returnee friend agreed to pay him. He added that Israel then blocked his number. He claimed the agreed amount was N30,000.

Israel has now reacted to the claims made by Daniel in a post released via his Instagram Stories.

He refuted Daniel’s allegations, saying that Daniel was paid in full and he even added N10,000 to the amount. Israel then went ahead to accuse Daniel of trying to dupe him because he realized his clients are rich. 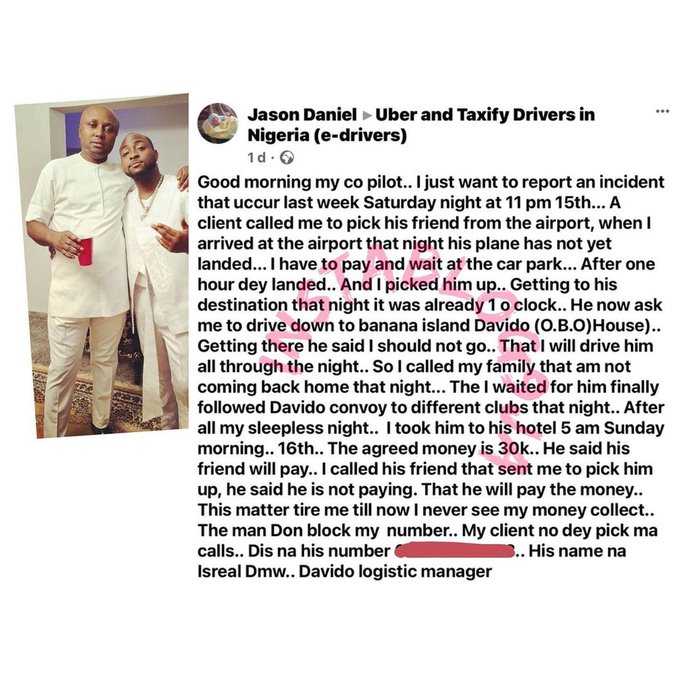 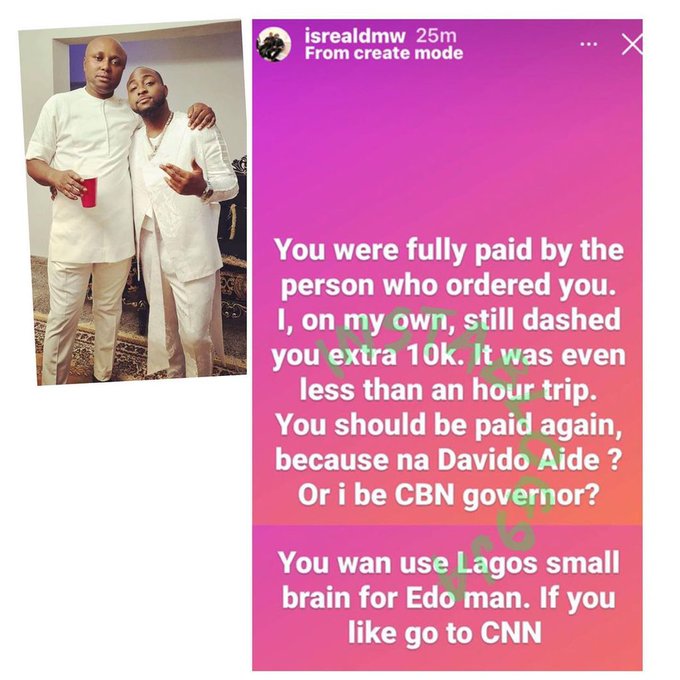