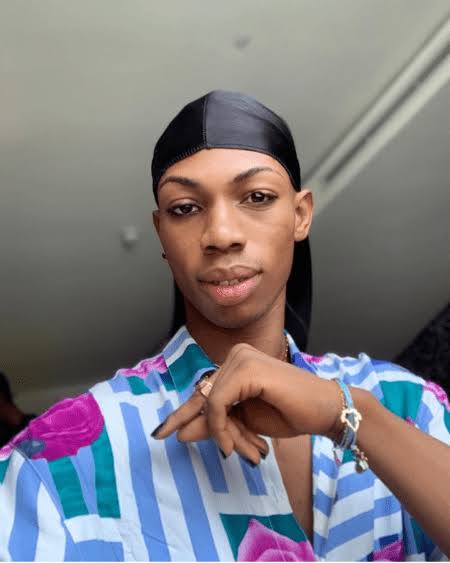 Popular crossdresser, James Brown, has said that his father is proud of him.

The crossdresser said this in reply to a follower who told him to send a video of him dancing and twerking to his father.

James Brown had posted the video on his Instagram page praising himself for being a transgender woman.

“I’m a woman with d**k. I’m not ashamed of it. Instead I became a princess with it,” the crossdresser whose real name is James Obialor captioned the video.

“Sengbo werey. Now send this to your dad,” the follower commented.

“My dad can see it. He’s proud of me,” the crossdresser replied.