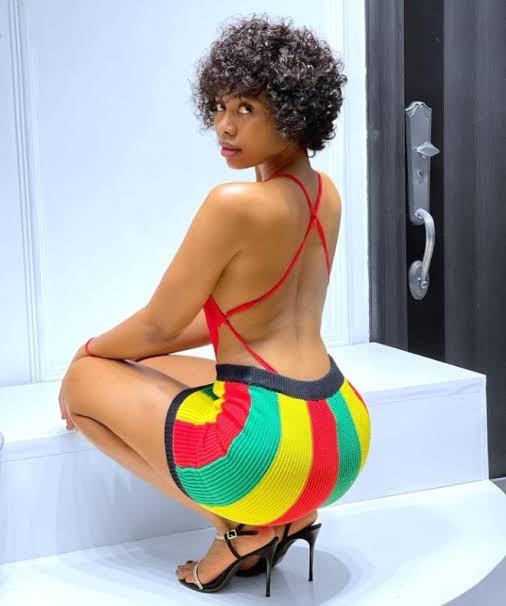 Popular Instagram dancer, Janemena has declared herself the richest twerker that exists both dead and alive.

Taking to her Instagram story, the controversial twerk queen shared a photo of herself and showered encomiums on herself, saying that she is the freshest and cleanest twerker that ever liveth.

Janemena concluded by saying that if she does not hype herself then who else would do it for her.

She wrote; ”Sweetest freshest, cleanest, richest Twerker ever liveth. If I no hype myself who go hype me” 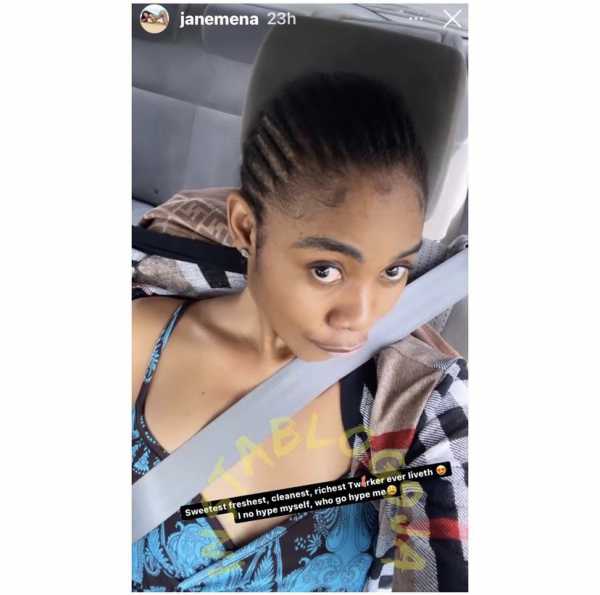