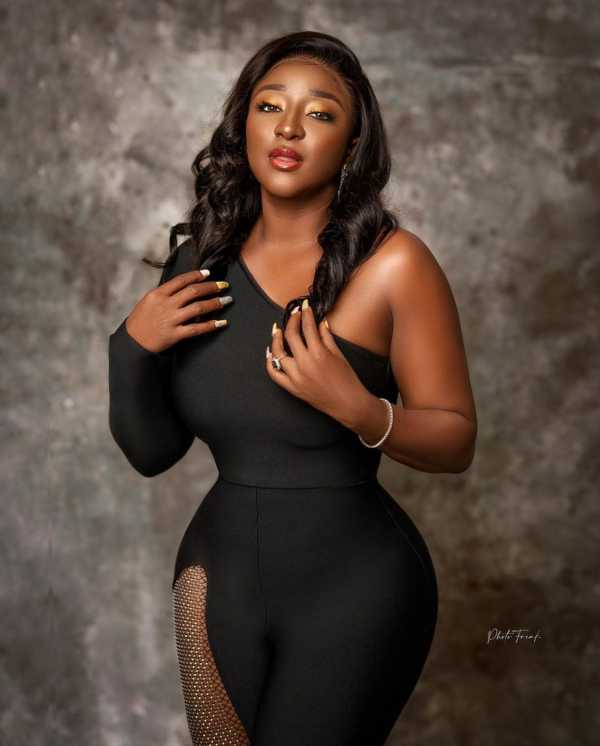 Ini Edo has made it known that her sperm donor was not a random person.

This is coming after there were reports that the sperm donor that produced her daughter was a random person.

The movie star made this known via her Instagram Stories on Tuesday, December 7, 2021.

“My daughter’s donor isn’t just a random person. Don’t make him any more than a donor. Now y’all can focus on what’s really important in the country and leave us the hell alone,” she wrote. She has since deleted the post.

Ini’s post may be connected by a recent post where a Twitter user slammed her for revealing to the public that she had a child via surrogacy with a sperm donor.

During a recent chat with popular blogger, Stella Dimoko Korkus.

“Yes I do have a daughter and I had her through surrogacy. The Eggs are mine and so genetically she’s my blood. I chose this path to fulfil my dream of becoming a mother,” she said.

When asked about the identity of the father of the child, the movie star revealed that she opted for a donor just to avoid the drama associated “between a mother and a father over a baby in public forums.”

“I opted for a donor for me and my baby’s peace of mind. Another major reason I opted for a donor is that it scares me so much when I see banter and controversies between a mother and a father over a baby in public forums or when I see the man insisting he wants his child if things don’t work out between both parties,” Ini said.