Festus Keyamo, SAN, Minister of State for Labour and Employment, believes Nigeria is better off now that Twitter has agreed to all of its terms.

He said this in his first tweet on Thursday, after President Muhammadu Buhari removed the Twitter suspension, which had been in place for more than seven months.

“For those who prioritised politics over patriotism and exhibited disingenuous righteousness on Twitter suspension, they can now see that with all the FG conditions to which Twitter agreed, Nigeria is eventually better off for it. Congratulations Nigeria,” Keyamo wrote. 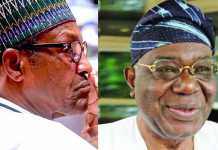