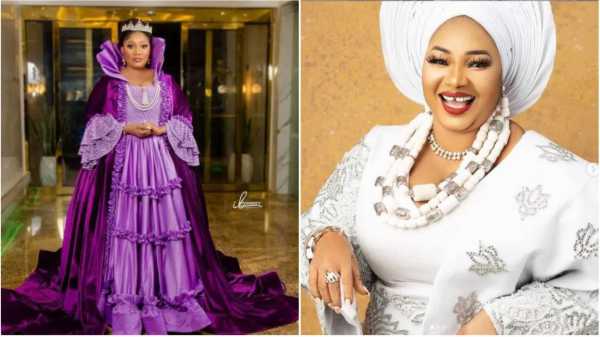 Actress Jaiye Kuti has made a statement in support of Olaiya Igwe, a colleague who has recently come under fire for prostrating and rolling on the floor to thank MC Oluomo for a car gift.

Olaiya Igwe received a magnificent surprise from the former NURTW boss MC Oluomo a few weeks ago leaving him speechless.

Since MC Oluomo is much younger than the actor, many of his fans did not appreciate the actor’s rolling on the ground and prostration in appreciation of the kind gift.

Actress Jaiye Kuti recently defended him in a video posted to Instagram.

She wrote: “Be grateful for everything, value the act in which it has come, show gratitude not attitude.

If a young child buys me a house when I least expect it, I will roll on the floor too. I pray God blesses me with unexpected kindness”.