The Nigerian perception of mental health illness is poor, making the country one of the top 7th suicide-prone country in Africa. In this exclusive piece, Information Nigeria reporter, Amaka Odozi, examines the disturbing facet of suicide cases across the country.

A part-time student of Lagos Polytechnic, Ikorodu campus, in June, committed suicide after he had a quarrel with the girlfriend, Police reports.

According to reports, Mayowa took his own life by ingesting a poisonous chemical, sniper, at his residence at the Eyita area, Ikorodu, in Lagos.

The girlfriend, it was gathered, was to have been with the deceased when he died. He was quickly rushed to a hospital by his neighbours after the girlfriend raised an alarm but he was confirmed dead on arrival at the hospital.

Mayowa’s case is just one out of many suicide cases Nigeria has witnessed in the last one year. The growing trend is becoming more disturbing, and it calls for serious concern.

The concept of ‘Mental Health’ is often overlooked and misunderstood in Nigeria perhaps it is due to low level of awareness of the public on mental health issues, as well as leading factors contributing high suicide rate in the country.

Misconceptions stemming from people’s ignorance also worsens the matter: a mentally ill patient does not openly come out, and thus, do not get access to the proper treatment they require because of the stigma.

In Nigeria, people suffering from mental disorders are perceived to be ‘mad’, dangerous, tattered or unkempt looking people walking and talking to themselves on the road.

As the saying goes, many are mad, few are roaming. 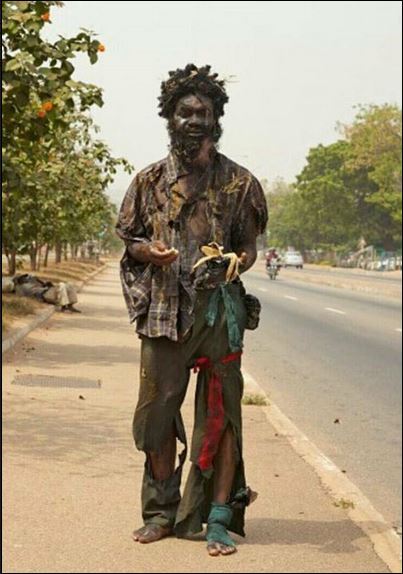 People do not want to associate with someone with a mental disorder because they are meant to kept away from ‘normal people’ thereby causing an increase in the condition.

According to health experts, there are different categories of mental disorders but those who walk on the road unaware of their environment could be referred to as the extreme case of the health condition.

There are more than 200 classified forms of mental illnesses. Some of the more common disorders are depression, bipolar disorder, dementia, schizophrenia and anxiety disorders. Symptoms may include changes in mood, personality, personal habits and/or social withdrawal.

For years, Nigerians believed depression was a ‘White man sickness’ which could be easily tackled by getting drunk with beer.

According to the Federal Ministry of Health, about 20 to 30 per cent of Nigerians suffer from mental illness.

Abdullahi said with a population of about 200 million, Nigeria had a high rate of mental illness implying that the country has about 60 million persons with mental illnesses.

The WHO (World Health Organization), clearly defines Mental Health as a state of well-being in which every individual realizes his or her own potential, can cope with the normal stresses of life, can work productively and fruitfully, and is able to make a contribution to her or his community.

Ngige stated that Nigeria’s mental health statistics was too bad, adding that the high rate of suicide in places like Lagos may just be the tip of the iceberg.

People find suicide as a way out which shouldn’t be so but when they do not have the necessary help then how do they survive?

According to Agugua Blessing Chimuanya, a psychologist, every age is prone to depression and are most susceptible when a life-changing event occurs. However, young people between the age of 18-29 because they are greatly affected by life-changing situations and also because they seem to be more under a lot of pressure in life.

READ: (EXCLUSIVE) Traffic Robberies On The Rise In Mega City Of Lagos

DailyTrust reports that the Medical Director of the Federal Neuro-Psychiatric Hospital in Yaba, Lagos, Dr. Oluwayemi Ogun, who was present at a symposium organized to mark the 2018 World Mental Health Day themed: “Young people and mental health in a changing world”, expressed his concern over the rising incident of mental health problem among Nigerian youths in Nigeria, saying one in five youths have mental health issues while one in four adults (12 per cent) will experience a mental illness at some point in their lives.

Reasons and signs of suicide

The bond that used exist between families and friends have been severed. People would rather opt for online interactions than face-to-face interactions.

The state of the economy is not helping either, it has led to massive loss of jobs and put millions of people into the overinflated job market.

Students go to educational institutions with the hope of graduating and a good job. Certain problems like ASUU Strike, lack of funds to complete their education or when the lecturers refuse to accept their final projects.

If they are fortunate to finish, they find themselves idle and back in their parent’s home having committed huge sums towards their educational pursuit.

Millions of Nigerians are hard-pressed to make ends meet and are living from hand to mouth.

There was a time suicide was taboo in Nigeria and Nigerians were not readily known for ending their lives by suicide.

There are stories about many Nigerians who have either ended their lives through suicide or attempted suicide as a result of the emotional pain they go through be it depression, anxiety, isolation.

According to the World Health Organisation, WHO, an estimated 800,000 people die by suicide annually and Nigeria now ranks among the top suicide-prone countries. Also, the World Population Review,  with a crude suicide rate of 9.5 per 100, 000 population, Nigeria, ranks 10th in Africa and 67th in the world.

Although terminal diseases can lead to resignation and then suicide, it is common knowledge that 90 per cent of people who commit suicide suffer from mental illness. Depression is a top risk factor followed by Bipolar disorder and schizophrenia.

Mental illnesses may be caused by a reaction to environmental stresses, genetic factors, biochemical imbalances, or a combination of these.

Psychiatrists and health experts have often linked the rapid leap of mental health disorders in the country particularly to stigma and lack of public awareness.

Nigerian singer, Korede Bello charged the appropriate authorities to prioritize mental health in order to reduce the spate of suicide.

The past few months have been rather traumatic and filled with stories on suicide.

Publisher of Genevieve magazine and founder, Betty Irabor, took to her Twitter handle to share that she once contemplated suicide on May 21, 2019.

A 300 level medical student of the Niger Delta University, Uzakah Timi Ebiweni committed suicide after failing his MBBS examination on the same 21st of May 2019. Ebiweni jumped into  Amassoma River in Bayelsa State.

On the 1st of June, a part-time student of Lagos Polytechnic, Ikorodu campus, Joseph Mayowa committed suicide after he had a quarrel with the girlfriend. Joseph was said to have taken Sniper, a pesticide.

The following week on the 19th of June 2019, Miss Christabel Omoremime Buoro, a 300-level student of the Department of Medical Laboratory Service, University of Benin (UNIBEN) had reportedly committed suicide simply because her boyfriend of many years dumped her.

On the 15th of July, A final year student of the University of Benin (UNIBEN), identified as Ephraim Imaghodora has reportedly committed suicide over his poor academic performances.  It was learnt that the student had jumped down from second floor of the Faculty of Arts.

News broke out that a popular Nollywood actress, Queen Wokoma’s ex-husband, Prince Kalada Allison, was revived after he attempted to take his own life as a result of his failed marriage.

A Bitter-Sweet Taste of Depression

Going down the memory with Henrietta Azuka of how she went through depression. 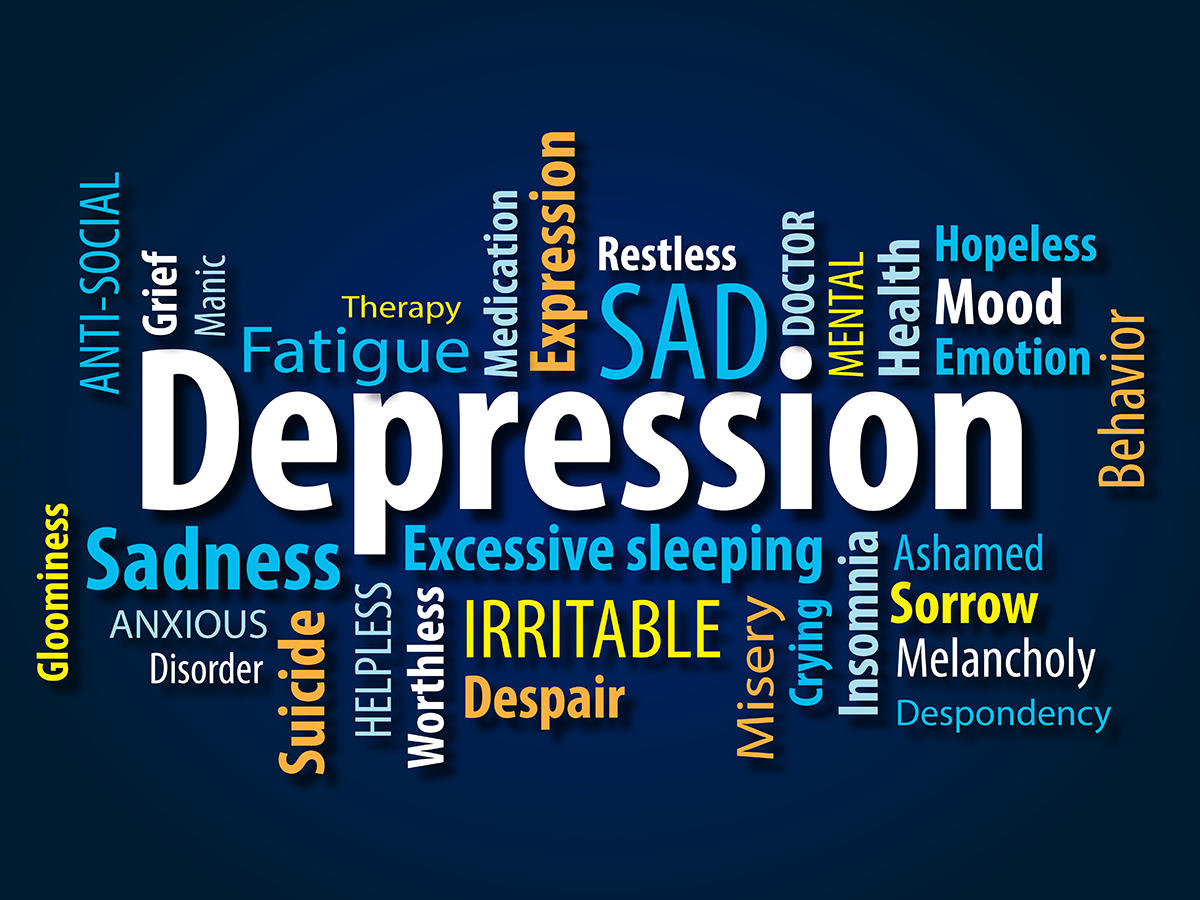 “I craved sleep not because I was tired but because I didn’t want to be awake.
The darkness was preferable to the hell that was my life.

“People didn’t get my plight. They kept saying I’m not the only one who had issues, there were people who had it worse.

“Mine was worse to me, I couldn’t live if anything happened to him. He was my everything! My dad! My strong man, my superhero who was our life in my house. Oh, we loved my mum too much but my dad a lot extra.

“One day he couldn’t walk, the situation got worse, he got depressed as well and in severe pains! It was horrible to behold, this illness changing him, changing us.

“I became his little helper, carrying him with my small frame, bathing him, cleaning him up after he used the toilet.

“It killed him to see himself put us in that position but we cared me for. I was his favourite child, the closest to him, my heart was enlarged, too big from the constant hurt that was my life, every waking moment was painful, I became a shadow floating through life, screaming in my head without my lips moving.

“I slept all the time. Till I thought, what if I never woke up, the pain disappeared when I sleep. I thought about ending it all in a most painless way till my dad snapped me out of it. He became lively even in bad health and really spoke to my soul.

“I think something profound happened to him one night. He told me he had taught us well, if anything should happen, he wouldn’t regret a thing, he said a lot that gradually brought light back into my life and his as well.

“It’s been 16 years, he’s still not in the best of health but I have accepted that there are some things I can’t change and prayed for courage because I know that death is a part of life! It’s not something we should hurry along with ourselves but let it come when it comes!

“I deal better with my blues, I just pray and think positive thoughts.”

Kayode Oluwatosin emotionally recounted his experience, revealing that he suffered depression because he couldn’t graduate with his mates.

“I stood on the fourth floor of my house. It wasn’t rational but I need to feel better. I have to find another to escape from my own self. I had to find another way. I needed to settle score with myself.

“I can’t trust anybody with my thinking because they believed I was crazy. Because they don’t feel what I feel, they don’t really care. So I keep to myself.

“It got worse on the convocation day, when my mates were all in nice 3-piece suits, looking fly. Where was I? Under the bedspread in tears.

“I was supposed to happy for them but to be honest, I wasn’t but I couldn’t tell my parents either. No one cares. Hopefully, I get over it and move on.”

Agugua Blessing Chimuanya, advised that a constant reminder that you are there for them is one way to help, encouraging them to talk is another, however, you need to be careful here so they do not entirely withdraw, the best thing that can be done is to see a professional therapist or counsellor.

Checking up on your friends to know how they are fairing helps and not mocking them when they open up too.

Some of the symptoms of depression include; anxiety, apathy, general discontent, guilt, hopelessness, loss of interest or pleasure in activities, mood swings,excessive crying, irritability, restlessness, or social isolation, little or no sleep,excessive hunger, fatigue, or loss of appetite, lack of concentration, slowness in activity, or thoughts of suicide, weight gain or weight loss.

Hence, when these symptoms persist more than 2weeks, one has to see a professional, people need to understand that just as you see a medical doctor for a physical illness, it is also okay to see a therapist or counsellor for mental-illnesses.

Hence, increasing the level of awareness on these mental health issues can help to alienate the suicide rate in Nigeria.