Many have opined that it was a just mistake while some assumed his account must have been hacked but the singer is yet to address it.

Information Nigeria recalls the singer turned 44 in the penultimate week and he received a sweet message from his wife, Annie Idibia, stating that no one can do her like he does. 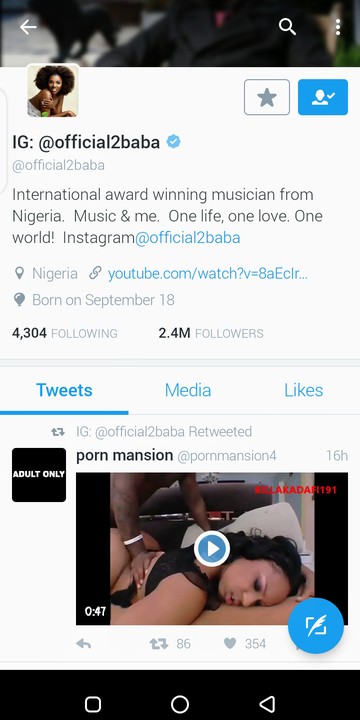