Paul Kagame, President of Rwanda; President of DR Congo, Felix Tshisekedi and the President of Malawi, Peter Mutharika, have all reportedly pulled out of the World Economic Forum (WEF) scheduled to begin in South Africa on Wednesday.

This is coming following the xenophobic attacks launched by South Africans against foreigners, especially Nigerians.

Not long after this was reported, Zimbabwean media personality, Josey Mahachie took to Twitter to announce the cancellation of Zambian National team’s friendly match with South Africa, citing security concerns. 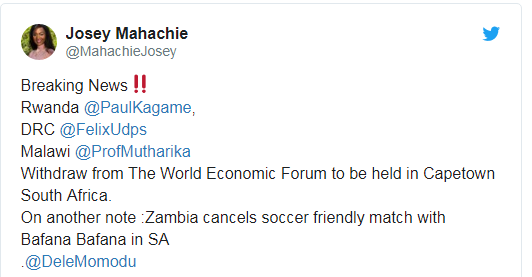 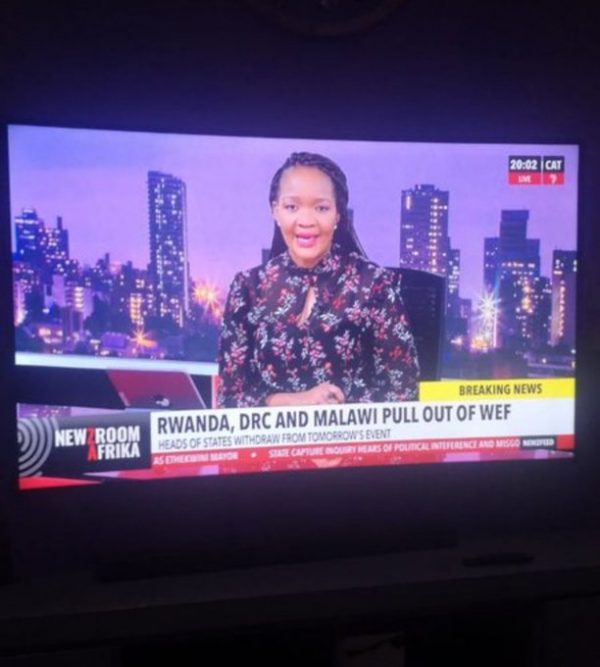 Share
Facebook
Twitter
WhatsApp
Previous articleDino Melaye To Buhari: “If It’s To Travel Out To Chill In The Name Of Medical Check Up, You Will Be Number One
Next articleAngry Protesters Set MTN Office On Fire In Ibadan (Video)
- Advertisement -