Mercy had the highest votes among the top finalists and she has since been declared the winner of the Big Brother Naija Pepper Dem Edition.

Mike trailed behind, taking the second place, followed by Frodd and Omashola respectively.

Seyi Awolowo had the least votes and he took the Fifth Position.

Here is a breakdown of how viewers voted for their favourite housemates: 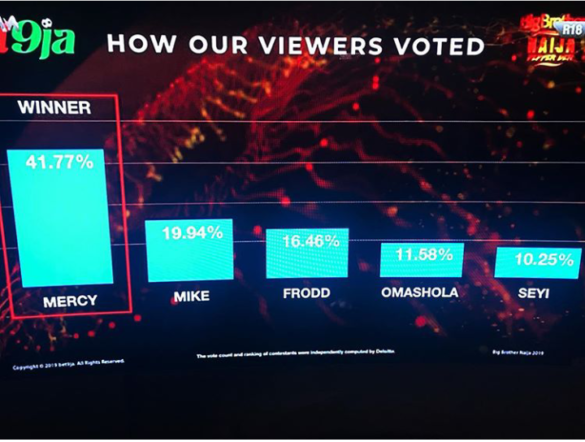