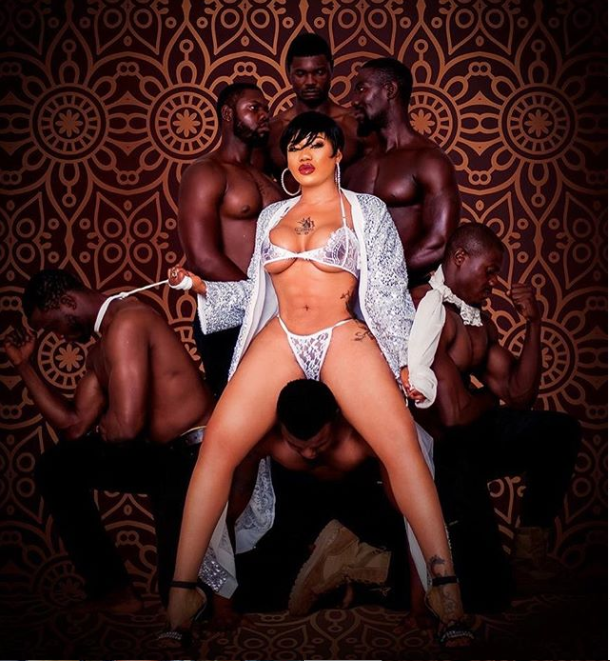 The duo had an interesting photo shoot session for Media Room Hub.

The mother of two had earlier released a photo of herself sitting on socialite’s head in the most unusual way.

Many thought that was the end until she dropped another photo showing the socialite’s head between her legs while they seemingly sharing a kiss on the lips.

Another photo shows an unclad Pretty Mike still placing his head between the legs of the serial entrepreneur while she holds her boobs with her hands so it doesn’t spill out.

One of the photos also shows Lawani sitting on the head of another man while she places two other men on a leash.

Read Also: “Why I Tattooed Davido On My Chest” – Tacha 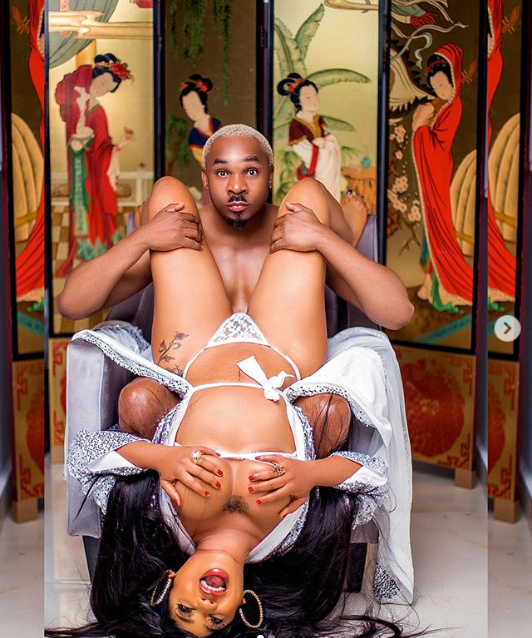 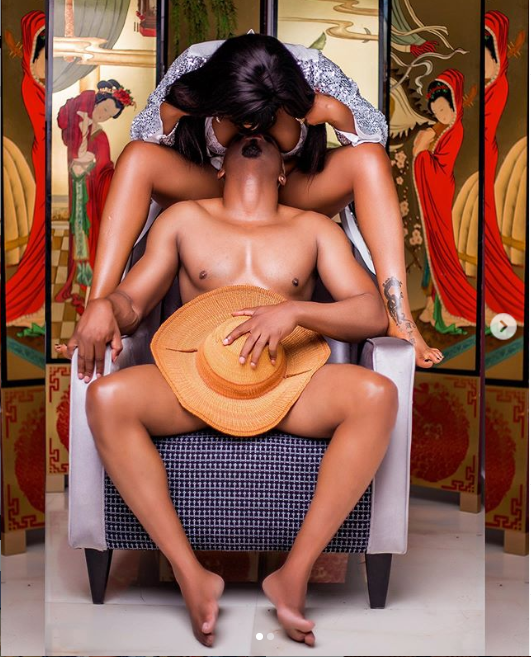 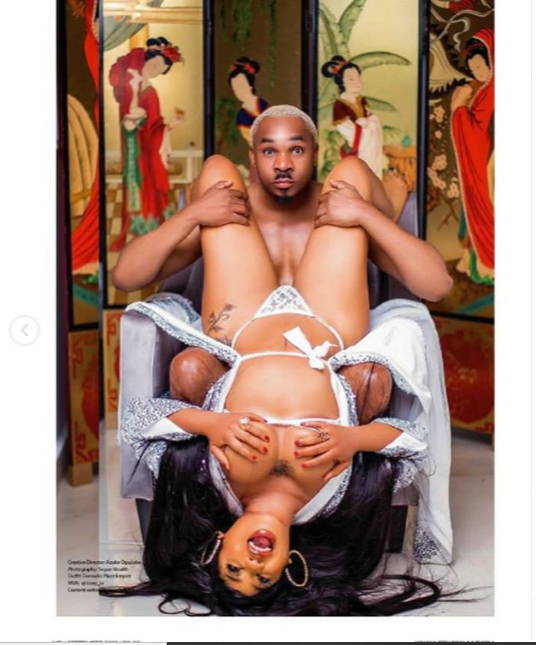 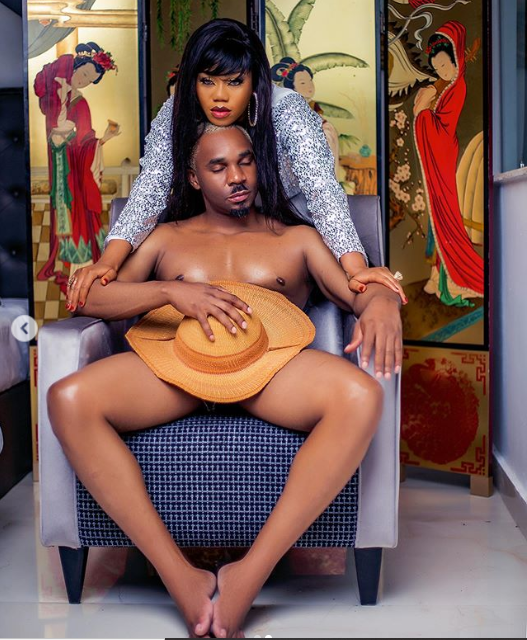