News surfaced yesterday that the celebrity photographer had lost her rape case against the COZA pastor due to the case having happened too long ago and with no evidence.

Freeze while reacting to the story stated that women should not go public with their rape allegations if they do not have a good story.

The popular OAP went on to say that he has 3 sons and does not want them in jail because a woman has a story.

Reacting to this,OAP Dotun slammed Freeze saying his post is more emotional and he is not addressing the actual issue. 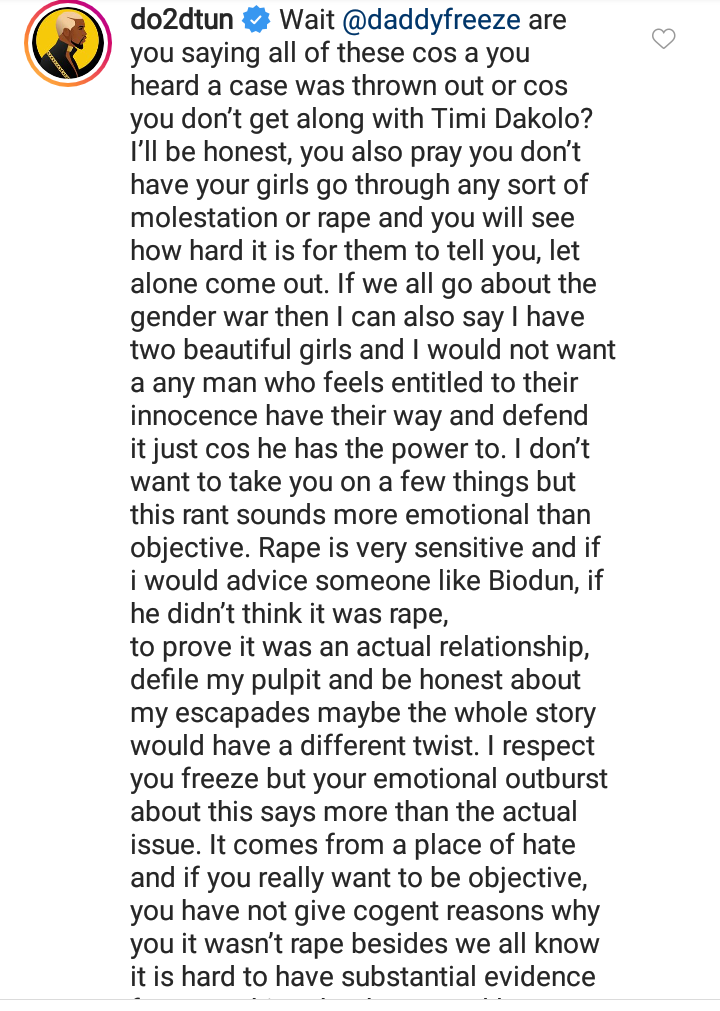 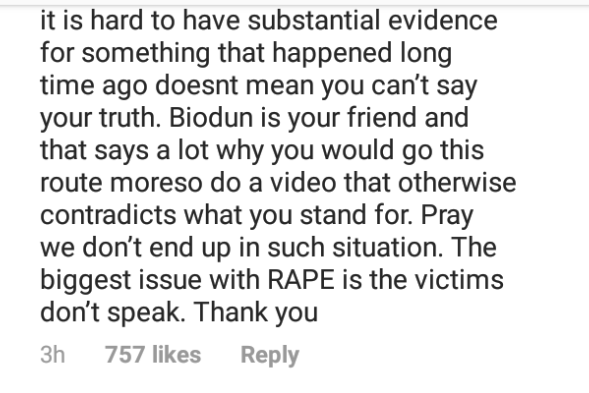