Socialite Mompha has taken to social media to share a cryptic message about his old friend.

The businessman whop was recently arrested by the EFCC shared a photo of different snakes around a a smiling man making a statement alongside stating his friends are in fact real0life snakes.

Read Also: Outrage As Naira Marley Brings Up Mompha To Perform With Him On Stage (Video)

The post read; ”when you look back at old pictures of you and your past freinds.” 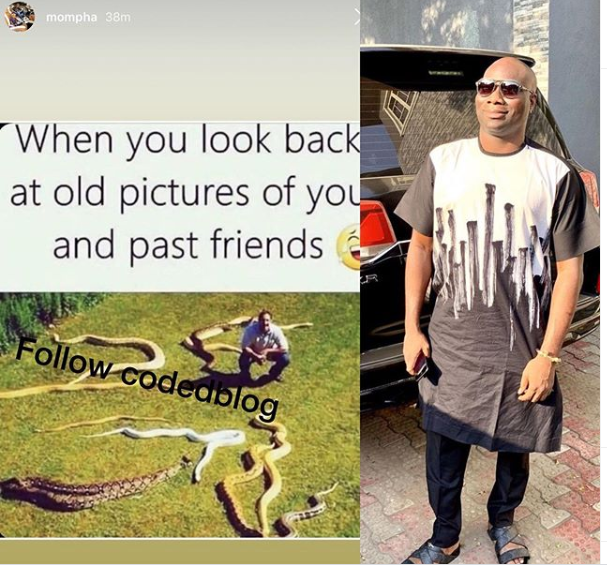 Rumors had surfaced a few weeks ago that his arrest had come about after some of his friends snitched on him.