The social media scene has known nothing more than drama from popular record label executive, Ubi Franklin and his third baby mama.

However, his fourth baby mama has come out to claim that the third baby mama is only pained because she thinks Ubi and herself are still seeing.

All this started because she thinks Ubi and I are dating …..And that’s what is causing all these madness. That is just the truth . She didn’t have any problem until now. 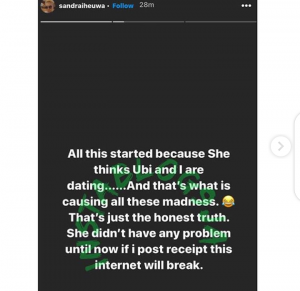