Popular actress, Angela Okorie has advised an internet troll to act like a man before another man would end up paying his bride price.

It all started after the screen diva shared a photo via her Instagram page and the troll took to her comment section to accuse her of bleaching.

Reacting swiftly, the screen diva accused the troll of homosexuality and a total disgrace to manhood.

Reacting to the comment, Angela Okorie called out the troll, accusing him of being a homosexual and a total disgrace to manhood. 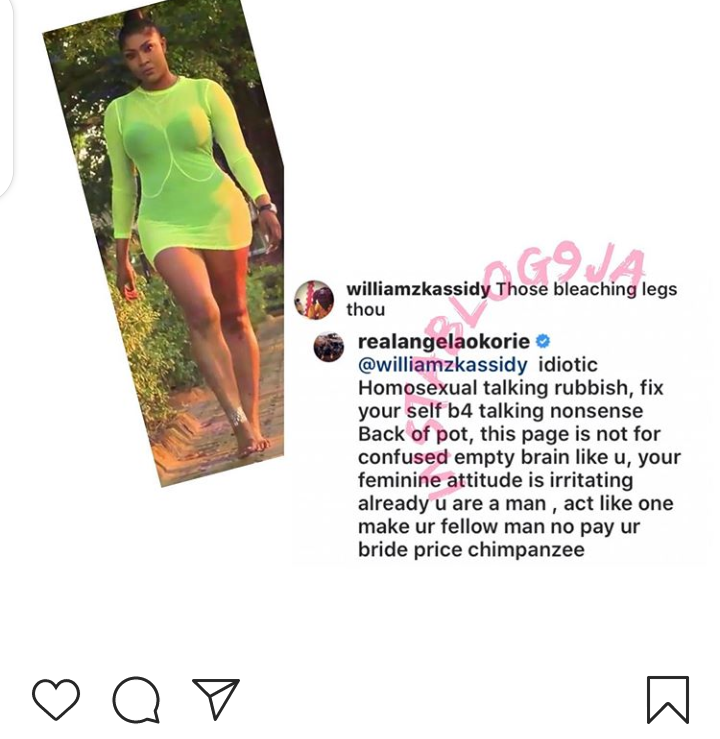