This comes after Davido described himself and Wizkid as ‘the greatest of all times.’

Burna Boy took to his Snapchat account to make a post in which he threw a subtle at his colleague.

Reacting to the post, Priscilla took to Twitter to thank God that the self-acclaimed African Giant didn’t win the Grammy Award.

“I just want to thank God burna boy didn’t win Grammy Award. I said what I said!” she tweeted.

See screenshots of her tweets below: 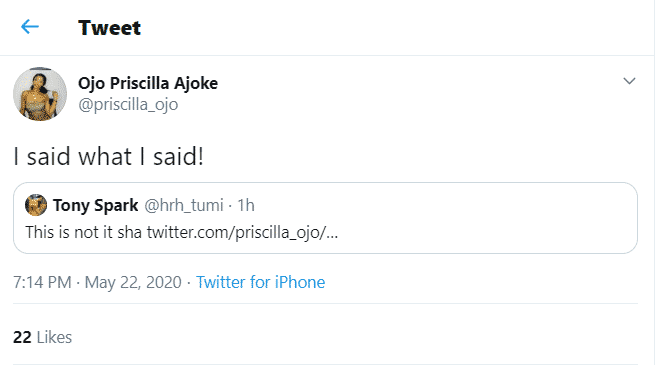