The Economic and Financial Crimes Commission, EFCC, Lagos Zonal office, has arrested a social media influencer, Adedamola Adewale, also known as Adeherself alongside four others for their alleged involvement in internet-related fraud.

“The five suspects were apprehended in different areas of Lagos during a raid by operatives.”

“While Adewale, 20, and her accomplice, Lamina Hamzat Ajibola, were arrested at the Agungi area of Lekki, Lagos State, while Israel Onyebuchi, Emmanuel Olayode and Valentine Nwokorie were picked up at the Ibeju-Lekki area of Lagos State.”

According to the commission, the arrest of Adewale and Ajibola was sequel to intelligence linking them to online fraudulent activities with two brothers, Lasisi Wasiu Adeleke and Lasisi Riliwan Adeniyi, who are at large.

EFCC revealed they were apprehended at a four-bedroom duplex belonging to the two run-away fraudsters and Intelligence also linked them with ”flamboyant lifestyles.”

EFCC said Adeherself confessed to being a picker” in cybercrimes during interrogation and the model usually poses as a lady to hoodwink her foreign “preys”.

Items recovered from the suspects include two Toyota Camry 2009 model cars, and a sum of N9,000,000.00 (Nine Million Naira only), which was found in Adewale’s account.

The commission also said that the other suspects; Onyebuchi, Olayode, and Nwokorie were arrested for their alleged involvement in a romance scam.

According to EFCC, they were arrested during another raid, following a separate intelligence.

“Items recovered from the suspects include laptops and mobile phones” EFCC said.

All the suspects will soon be arraigned in court as soon as investigations are concluded. 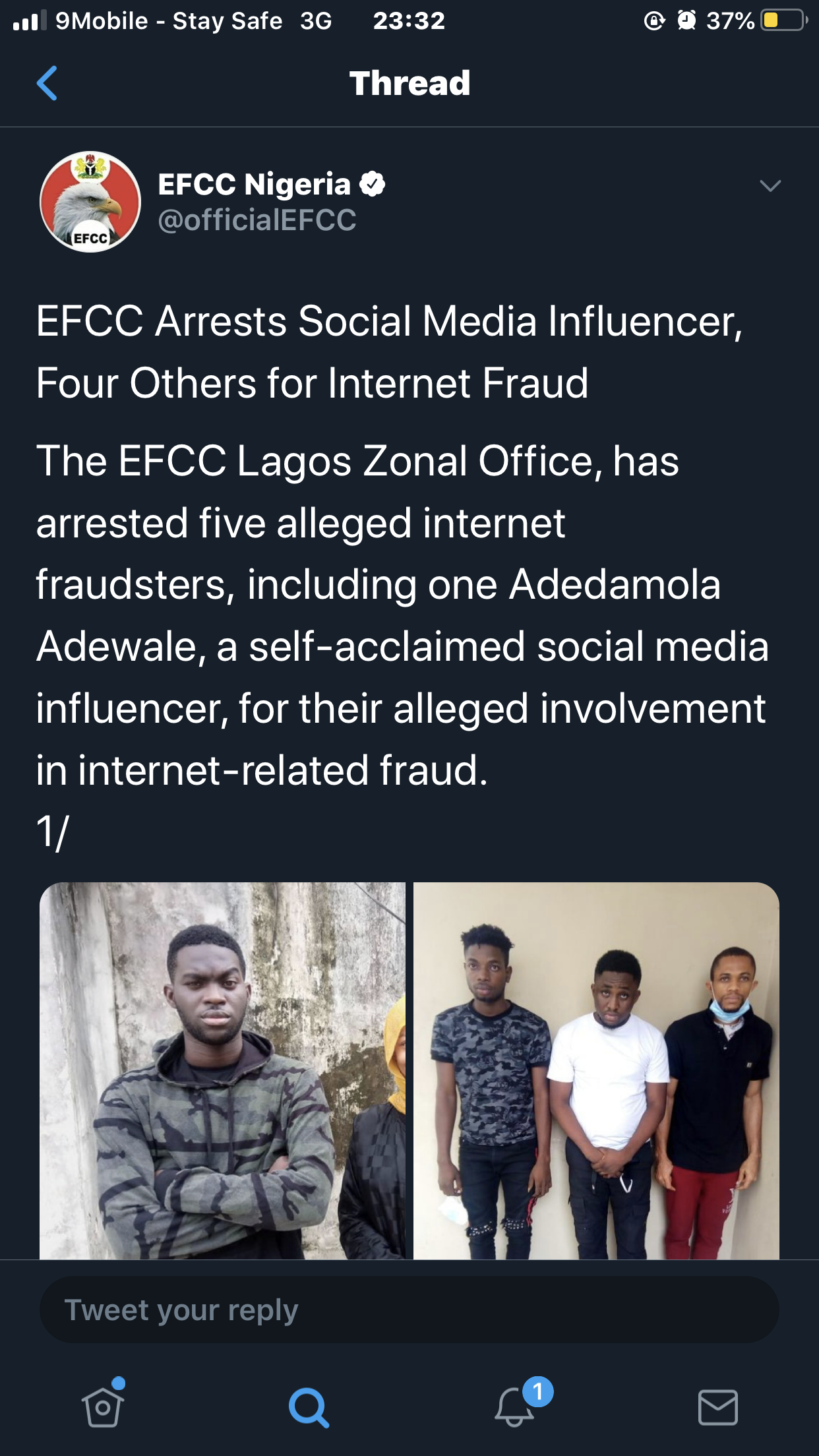 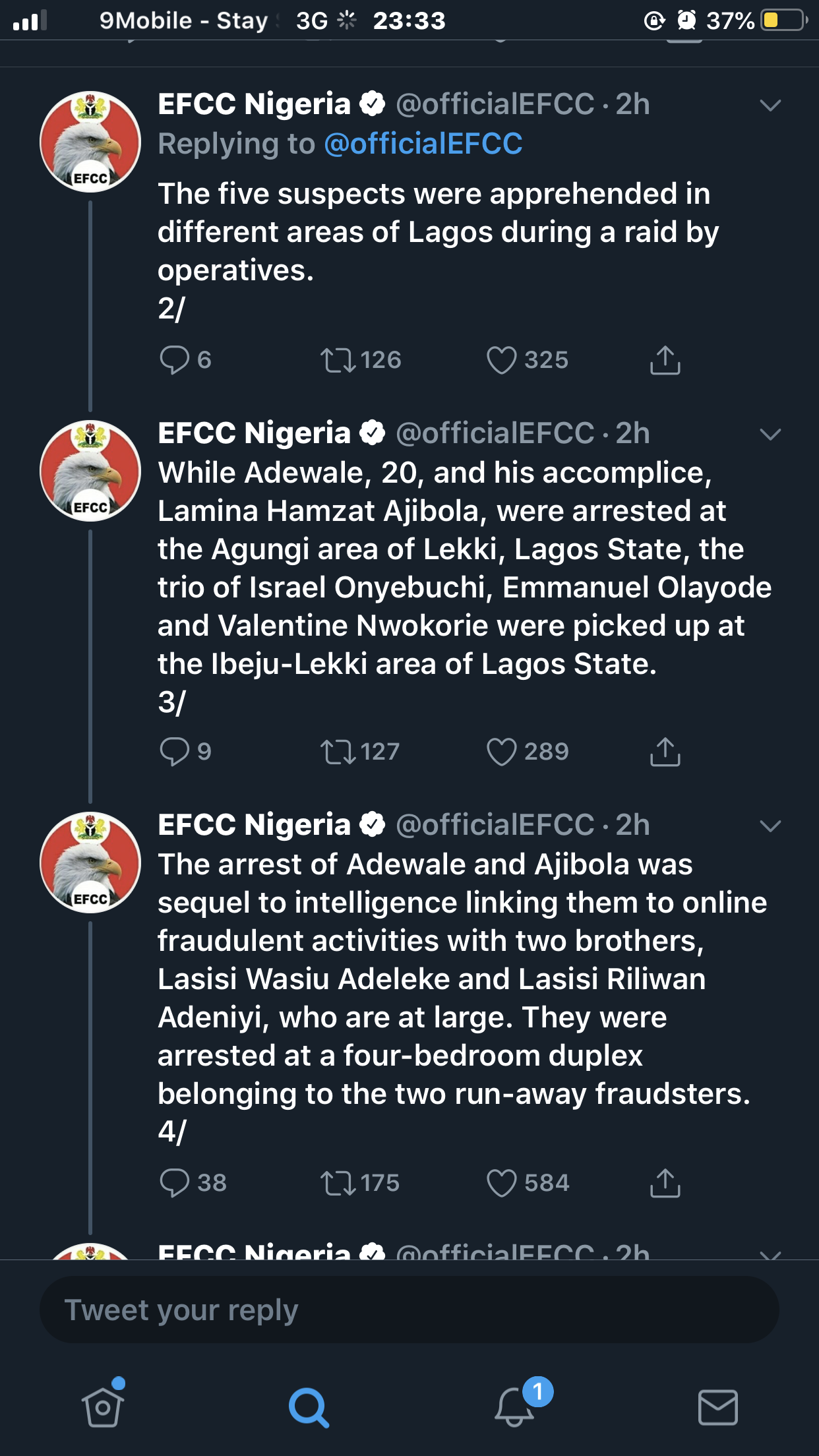 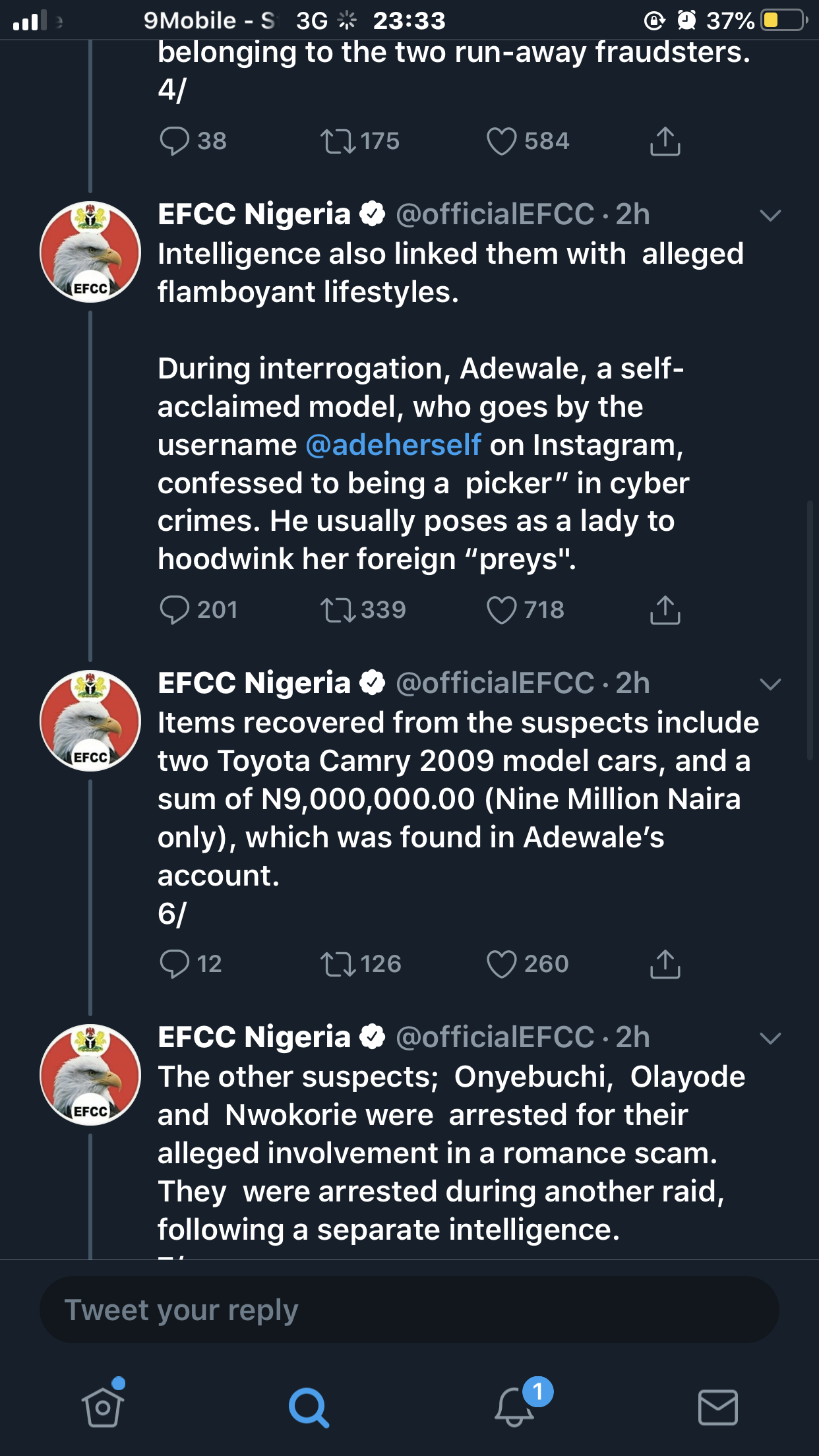 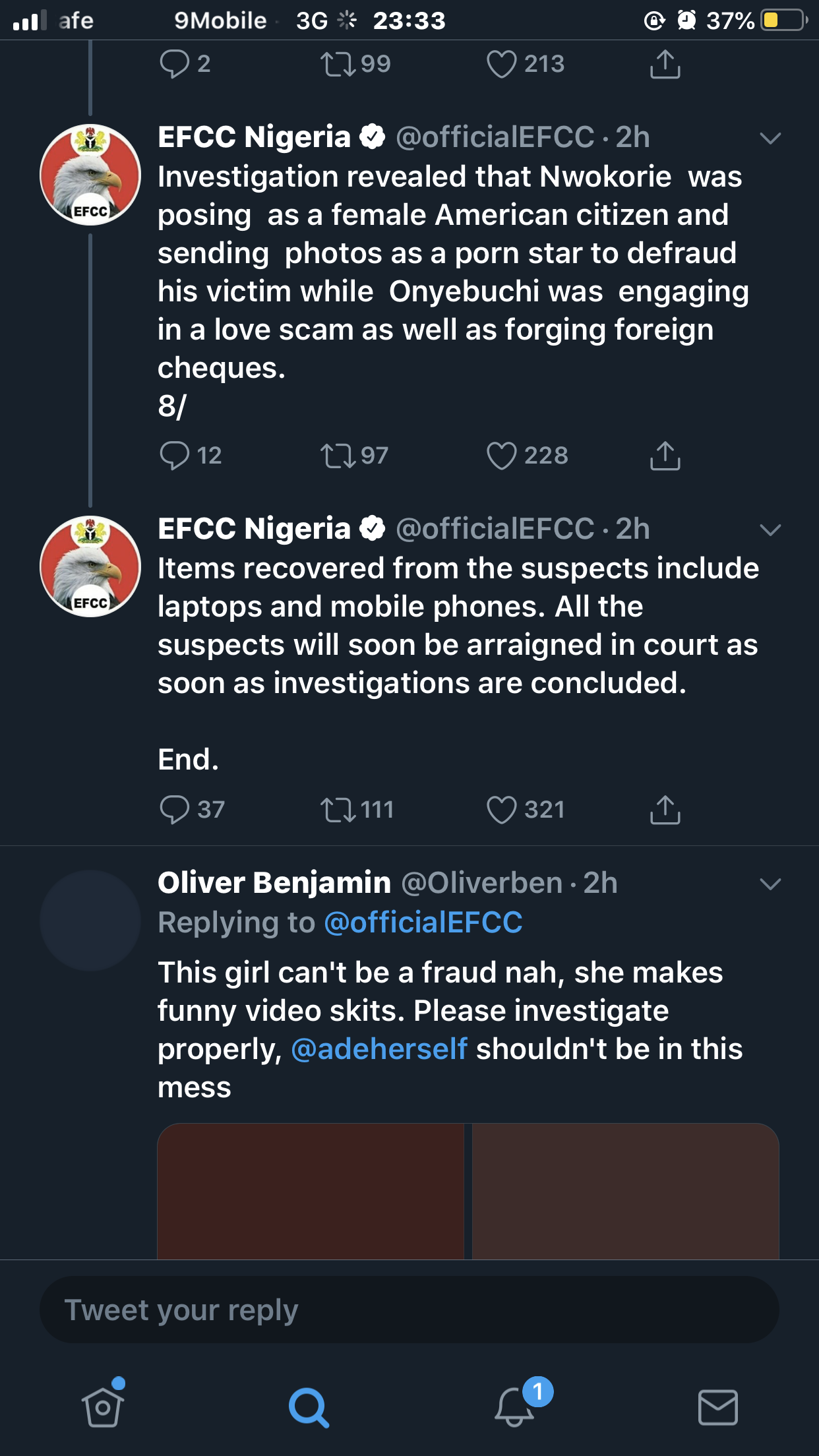