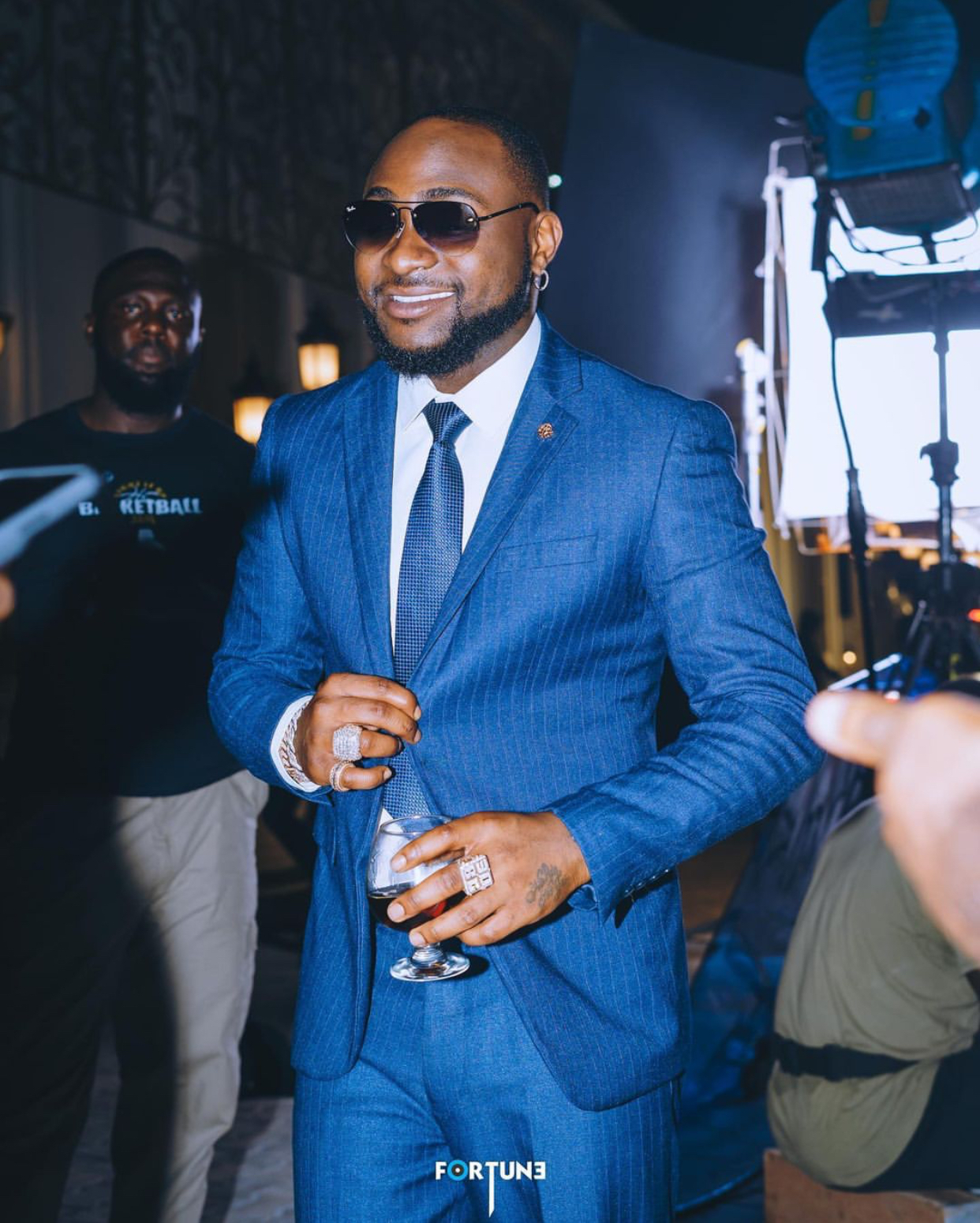 The ‘Fem’ crooner took to his Twitter page to react to the video of the actor leading a protest against the police authorities to release Baba Ijesha on bail.

The father of three slammed the actor for not observing COVID-19 protocols during the protest.

“Notice he the only one without a mask .. mumu“, he wrote.

Information Nigeria recalls the DMW label head couldn’t overlook the actor’s involvement in the ongoing Baba Ijesha case as he earlier shared Fabiyi’s picture on his Twitter page with the caption: 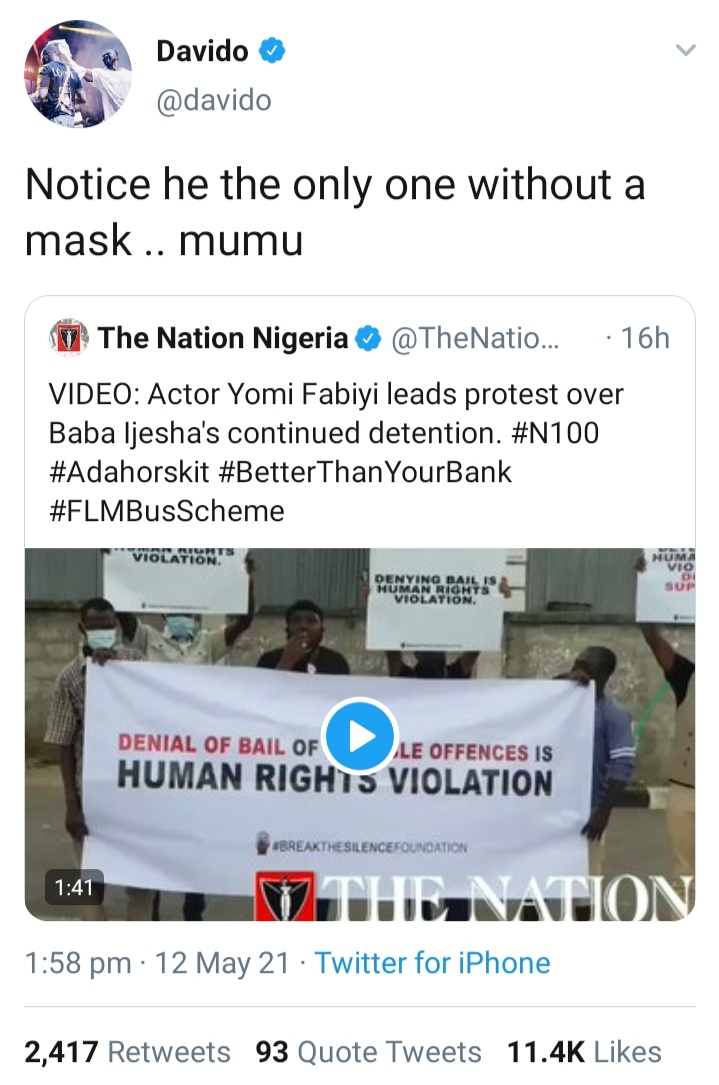