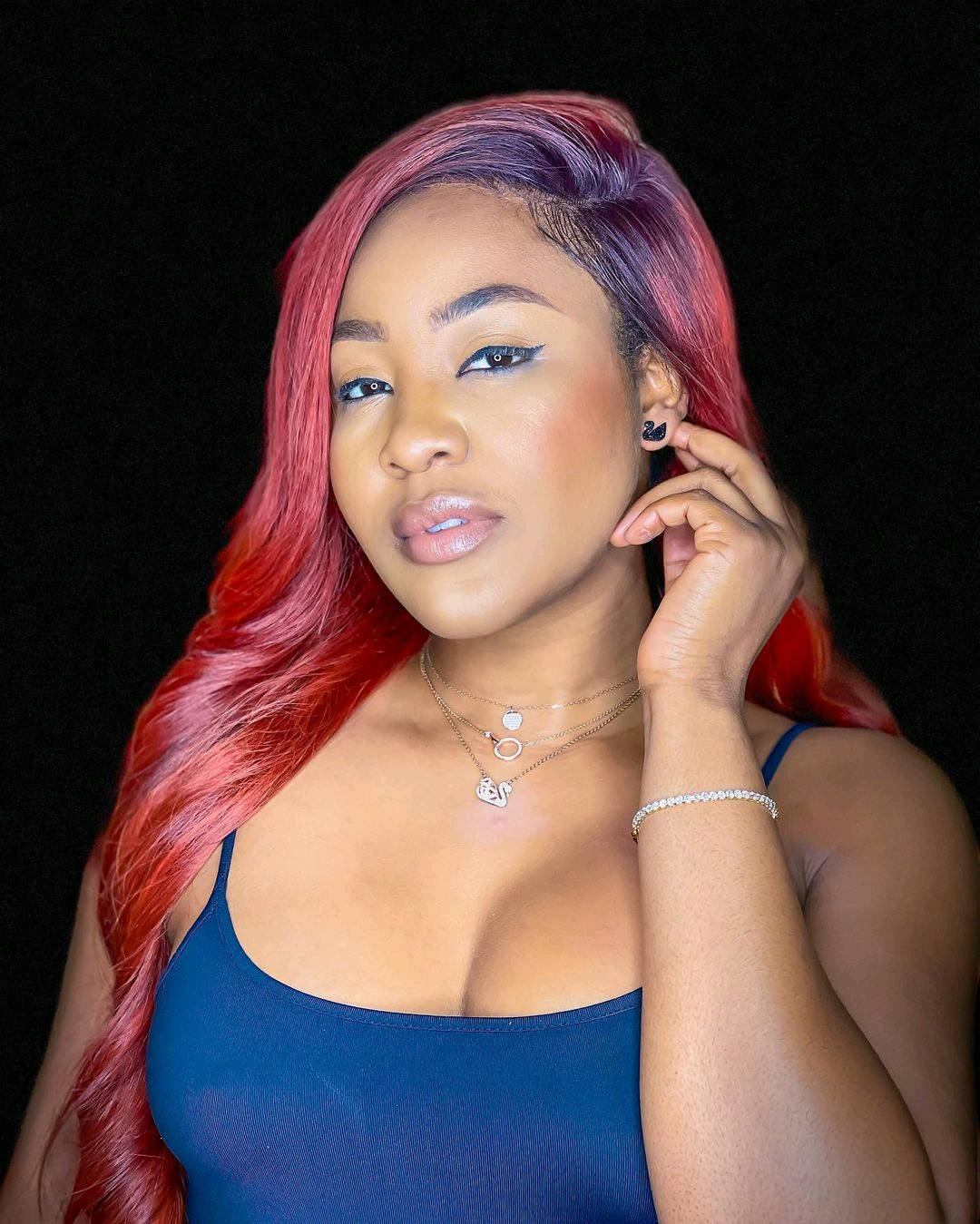 The reality TV star reacted to the video clip showing people jubilating when she was disqualified from the show in September 2020.

She was surprised to see that they threw a party to celebrate her disqualification. However, she continued that her haters will always see her win and they should get used to it, adding that she has unblocked all of them so that they can see her wins.

Read Also: I Don’t Respond To People Who Try To Dictate To Me – Erica Nlewedim

“😂😂😂😂 wow they threw a party? Only a star will bring such strong emotions from people, you’ll feel my presence before you even see me physically ❤️❤️❤️ I’m covered by the blood of Jesus Christ! Evil can’t touch me!

Erica Nlewedim won, get used to it. And I will keep winning cos my God is bigger than your devil. Throw another party on 9th June. I even unblocked the haters cos you need to see me win! You’ll be playing your cry soundtrack at your next party, with only tissue on the menu 😂😂” 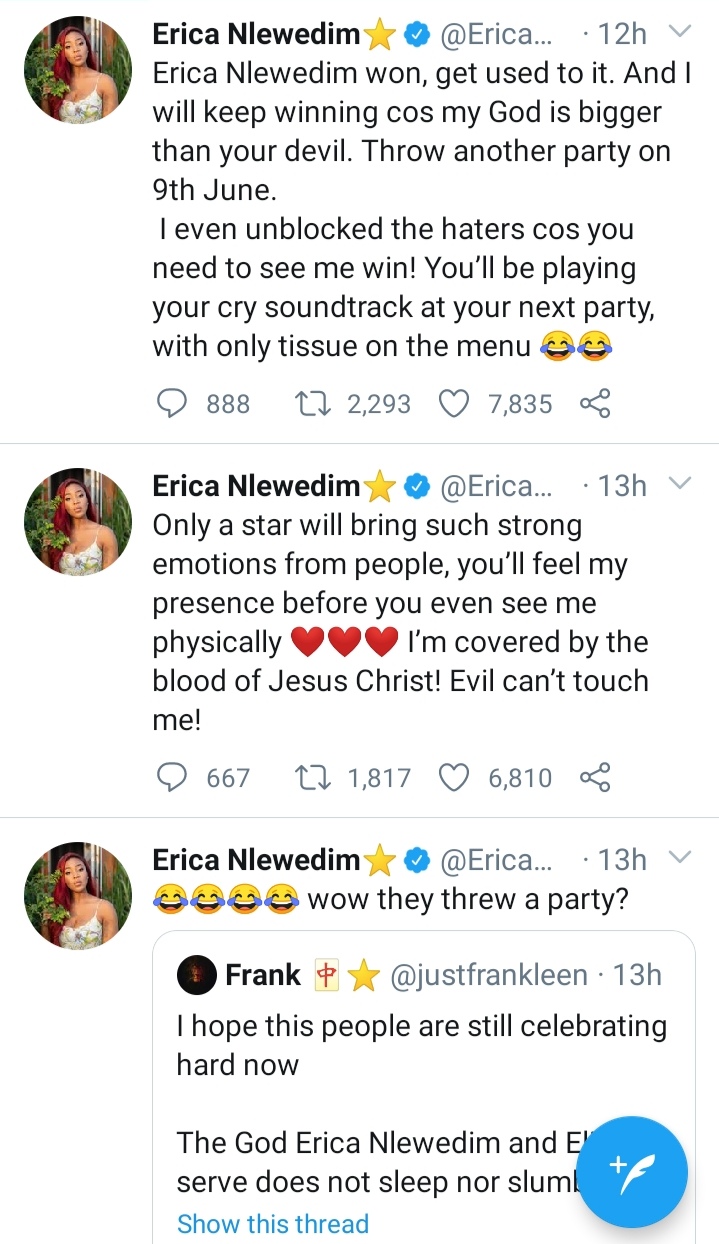