Home Entertainment “Apologize For What”- AKA Fires Back At Ice Prince Over His Tweets...
Facebook
Twitter
WhatsApp

The SA rapper had shared some tweets on the Xenophobic attack against Nigerians in his country which many considered damaging and insensitive.

Ice Prince decided to weigh in on the matter by telling his close friend, AKA to apologize to for the tweets but it later backfired after the South African rapper replied by tweeting,

South Africans have also been commenting on the tweet, showing their support for their countryman by tweeting: 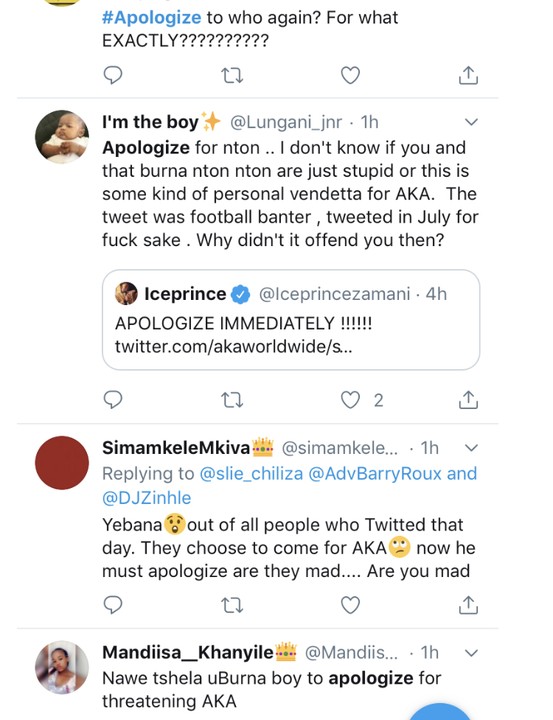 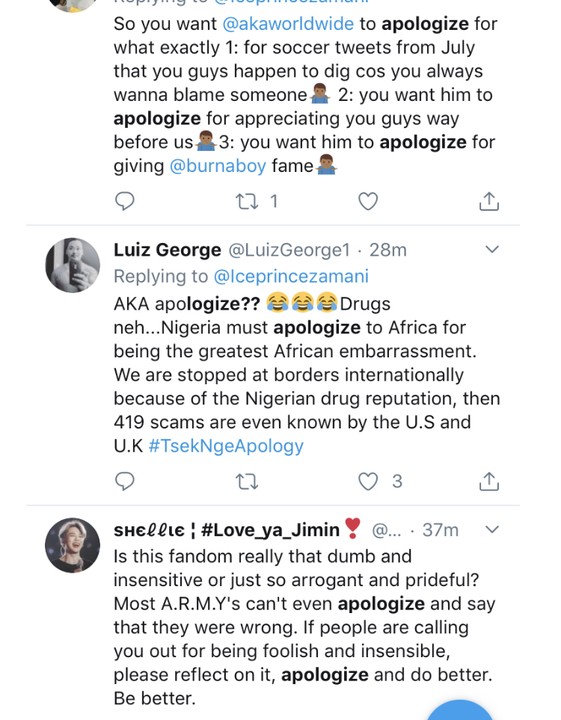 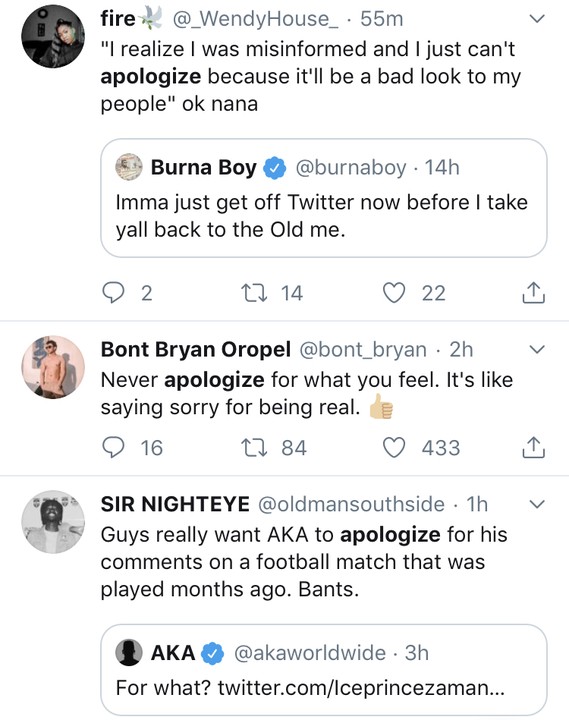 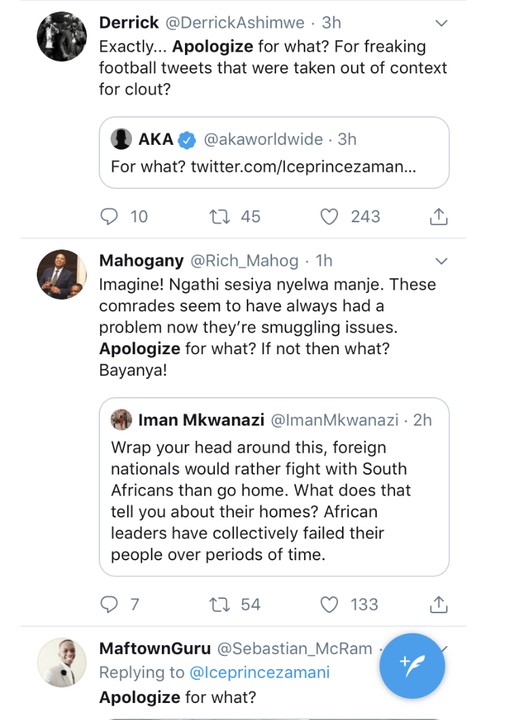 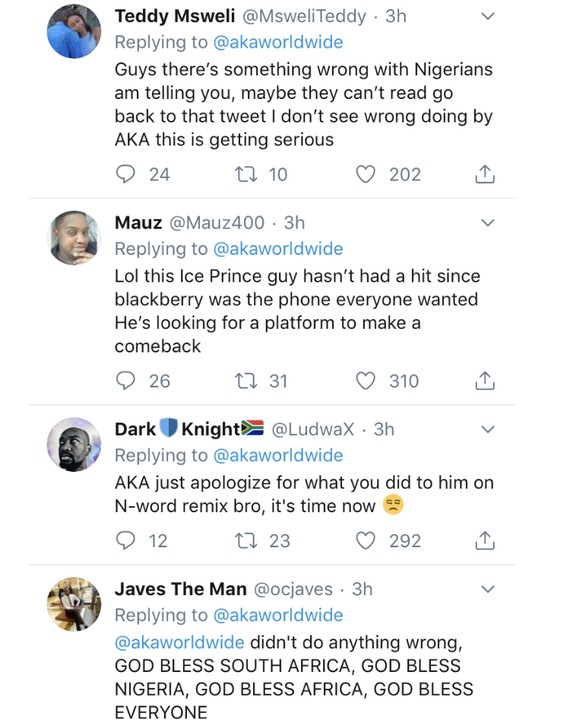