A photo going viral shows a South African man and woman laughing after they had taken items looted from a foreigner’s shop in Turffontein on Monday.

Information Nigeria recalls a new video recently surfaced showing how Nigerians living in the country fled into the forest in order to escape death.

Properties of foreigners have been destroyed while many lives has been lost but the South African High Commissioner to Nigeria, Bobby Monroe, still denies reports of Xenophobic attacks in his country.

A man was filmed being set ablaze on the road while bystanders watched on as he struggled to quench the fire. 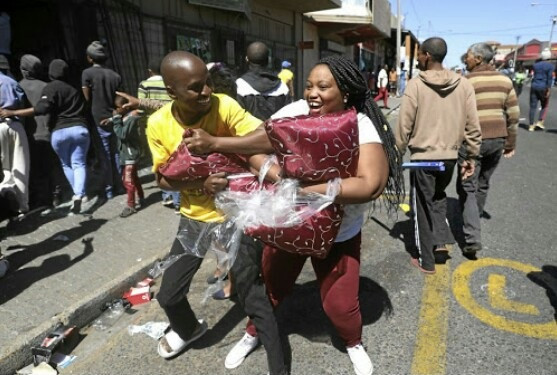