Nollywood actress, Juliet Ibrahim and former BBNaija housemate, Frodd, have sparked dating rumour after a photo wherein they were spotted enjoying a friendly kiss at an event surfaced online.

Frodd was the second runner up at the just concluded 2019 Big Brother Nigeria where he lost to Mike as First runner up and Mercy, the eventual winner.

Frodd was romantically linked with fellow housemate, Esther, but the relationship seems to have hit the rock since the duo got out of the show.

Read Also: I Have No Plans For Esther, Says Frodd As He Unfollows Her On Instagram (VIDEO)

Juliet Ibrahim on her own part has not been lucky with relationships with the most recent being her romance with Iceberg Slim, which didn’t see the light of day before crashing. So we never can tell. 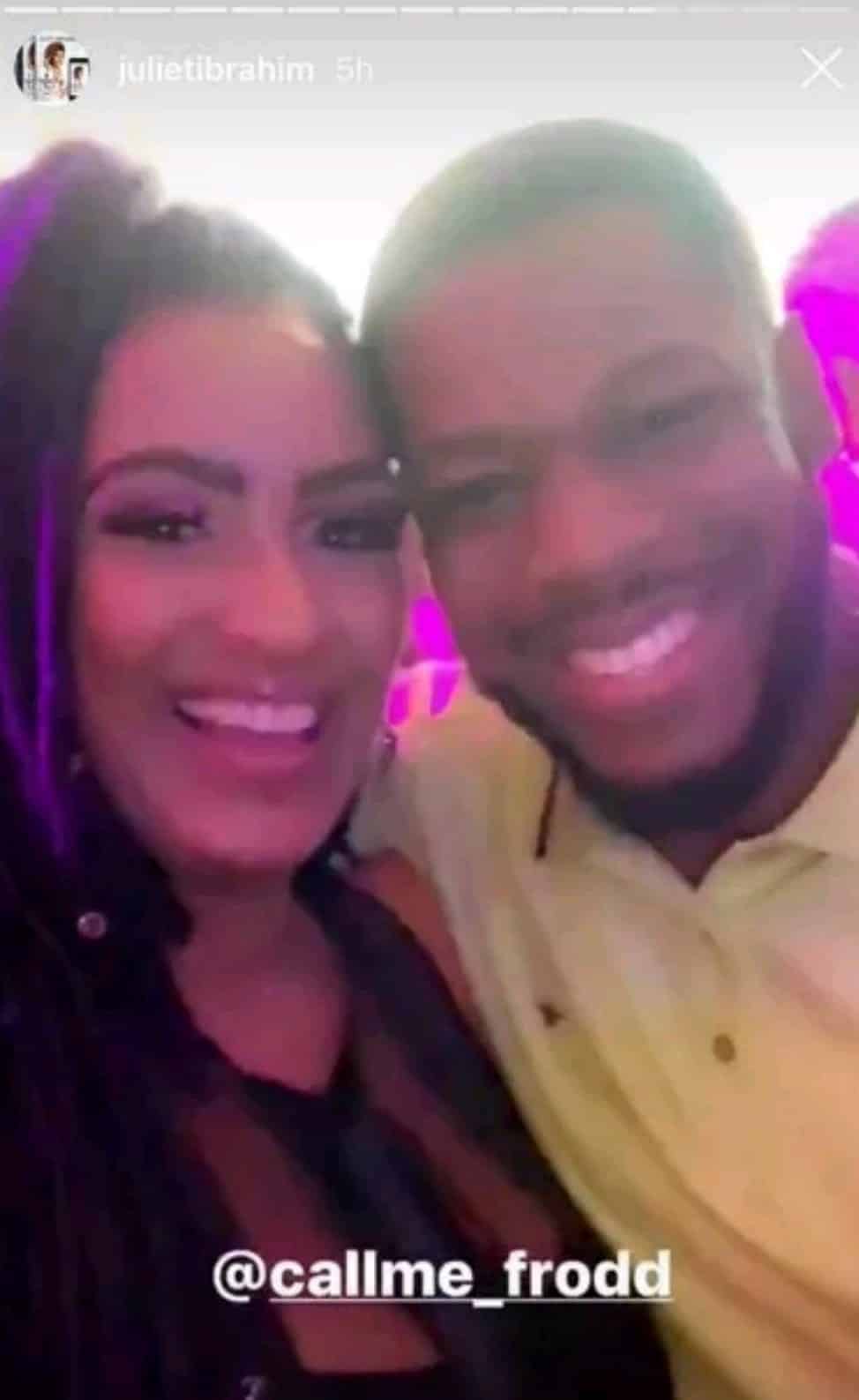